Information
Home » Scottish Independence Through Money » Scotland and its Money

Scotland and its Money 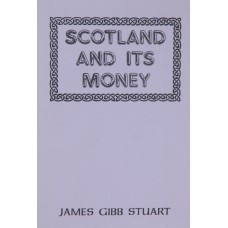 This little booklet explains how a country can draw upon its natural resources with care and responsibility towards the environment; prosper and offer a good standard of living for all; be competitive without exploitation and enrich the present without mortgaging the future.

"When I was active as an SNP candidate during the sixties, I found myself quoting Sir Robert Menzies' oft-repeated dictum that "there can be no independence without financial independence".   Menzies was one of Australia's great Prime Ministers, and what he said in his day is just as valid now.   In the long history of independence movements, it will be seen in retrospect that far too much as been said and thought about the politics of power, too little about its financial structures."  James Gibb Stuart

written back in the 90s, "Scotland and its Money" is still as valid as when it was written, if anything all the more so as we find ourselves in a decisive moment of history - to become independent or not?     Whatever your political views, this is a must read to understand the real underlying debate and what exactly is at stake.

Economics of the Green Renaissance
£3.50
Add to Cart

National Credit and The Bradburys
£0.00
Add to Cart