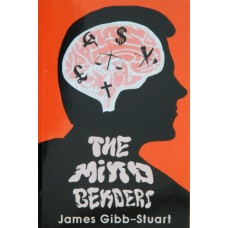 Subtitled "The Gradual Revolution  and Scottish Independence", the aim of this book was to "alert the Scottish Nationalist movement to the effect of Fabianism" and  identifies what it regards as various forms of psychological conditioning which have the effect of forcing people into a docile mass.   Reprinted since its original production in 1979, it ihas never lost its relevance, especially to the Scottish people and is of course of renewed interest in this time of uncertainty about Scotland's political and financial future.