My Life with Superman 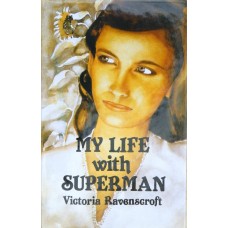 For personal and security reasons, we are not allowed to know the real name of the woman who calls herself Victoria Ravenscroft.  But in the beginning she was only one of the thousands of unmarried daughters who devote some of the best years of their lives to the care of sick or aged parents.   It was only after that phase was over that her experience became unique.  Tall, and still darkly attractive, she found the romance which had thus far eluded her, when she met up with the jet-setting merchant banker she was to call her Superman.