Information
Home » Historical Fiction and (Auto)-Biography » Where is the Light?

Where is the Light? 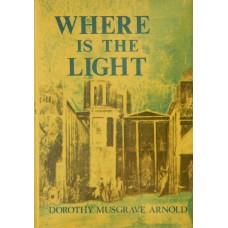 The author has brilliantly depicted, through the medium of a chronicle or novel form, the effect the conflicting forces ooperating in the period of which she writes, the early years of the fourth century, had upon the various cultures, religions, and confederations that in their totality made up the ppowerful historical entity we know as the Roman Empire.

Miss Musgrave Arnold has a gift for the vivid portrayal of people and events and the ability to bring to life the period of which she writes.   This is a book that can be safely recommended to all who wish to enlarge their knowledge of history, while at the same time being enthralled by the variety and vividness of the scene depicted.